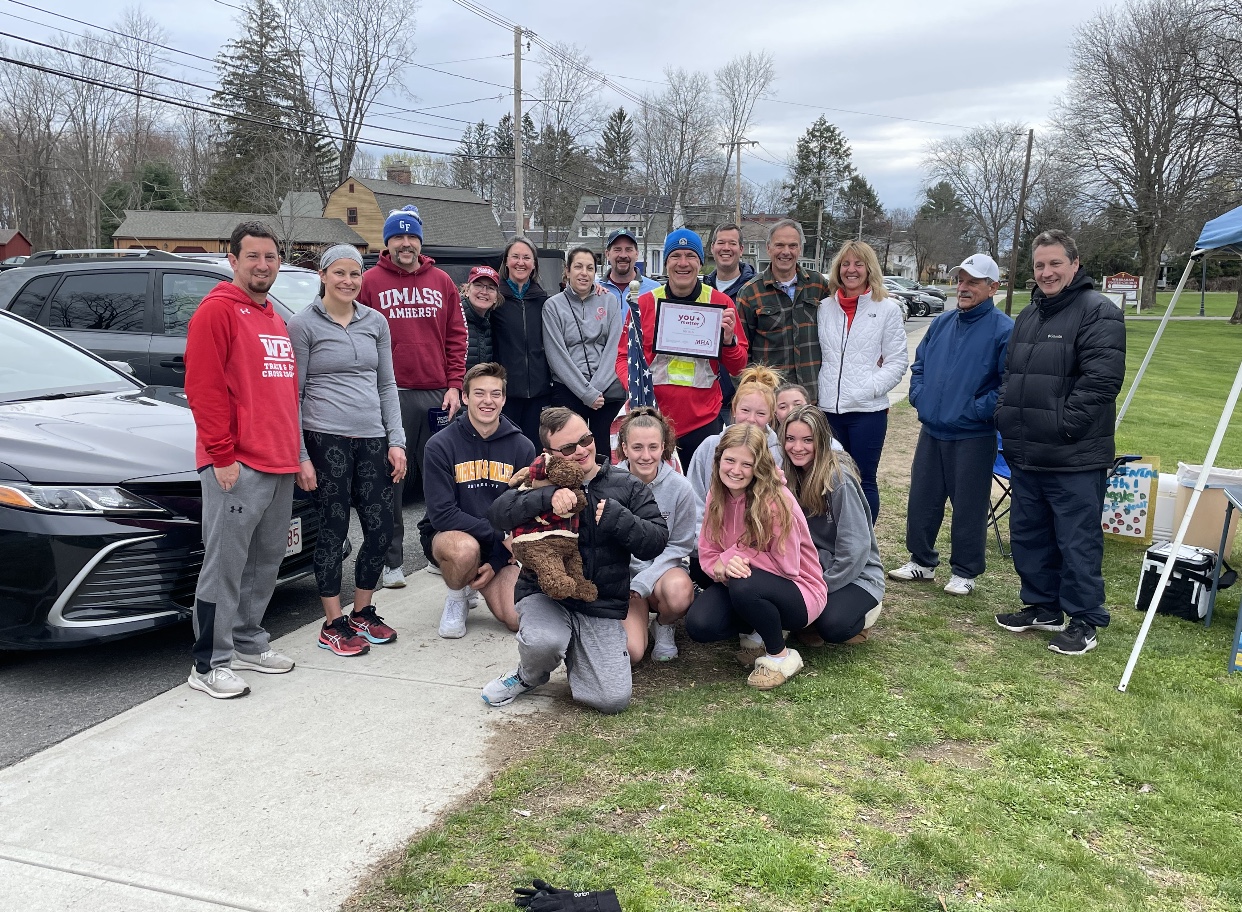 Kimberley Lee, MHA Vice President of Resource Development and Branding, said the run drew attention both within and outside Western Massachusetts.

“There were a number of people who  visited the event, showed their support and shared stories of loved ones who are challenged with mental health issues. Many parents talked about children, finding help and wanting to learn more about what they could do to make a difference. It was truly an inspirational day in so many positive ways,” Lee said. “The event was just so emotional.”

The back-and-forth run along a half-mile stretch of sidewalk near the Wilbraham United Church in Wells’ hometown of Wilbraham, ended in its 24th hour with 87 miles completed. Wells said he ran at least 80 of those miles “with other people, including all night long.” He added that where people signed up on an honor board “to have me run a mile in honor or memory of a loved one, half of the miles were accounted for.”

The former sportswriter has used his love of long-distance running to raise money for various charitable causes over more than two decades and found success in his latest and longest run embedded also in participants who sought information to take home.

“The message of my run was if one person can be helped in some way, the world becomes a better place,” said Wells, who sought therapy for depression earlier in life and has long been an advocate for frank discussions around mental health. “I saw some people who were not running go to the table that MHA had set up to take information. This event made the world a better place.”

The National Institute of Mental Health estimates nearly one in five U.S. adults, approximately 53 million people, lives with a mental health illness and that more than 14 million Americans, 18 years of age and older live, with a serious mental illness, that is, one that impairs at least one aspect of their life. It is estimated as well that only half of individuals with a mental health illness receive treatment.

There have been significant increases in the rates of self-harm and suicide among young people in recent years, according to government statistics.

Donations in honor of Bill’s run can be made at https://www.mhainc.org/donate/ For more information on MHA services, call 844-MHA-WELL