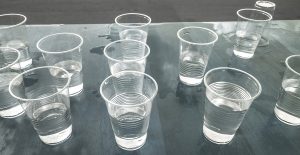 Each year on the fourth day of July, people across the country celebrate Independence Day with fireworks, parades and patriotic displays of red, white and blue. Importantly, we celebrate being a great nation that believes in freedom for all.

At MHA (Mental Health Association), “Independence Day” is actually something we celebrate throughout the year. Based here in Western Mass, MHA is a non-profit provider of residential and support services for individuals and their families affected by mental health challenges, developmental disabilities, substance use and homelessness. Guided by passion and promise, MHA fosters community engagement, access to recovery and health and wellness, and above all else – independence.
Declarations of independence are made every day and celebrated with those MHA serves: the young family whose tenancy was preserved so homelessness was avoided; the older gentleman with traumatic brain injury who is rebuilding his self-confidence and ability to socialize by participating in recreational activities; the young woman who is finally free of her addiction and living successfully in long-term recovery.

And “Amy.” That’s not her real name, but she’s a real person. Slim, fragile, and in desperate need of a
caring environment, 20-year-old Amy, who has severe Intellectual Disabilities, was referred to MHA as
her caregivers could no longer provide the many levels of support she needs. She is unable to care for
herself. Amy could not live alone. Fortunately, her caregivers had the good sense and kind hearts to get
her into a program, such as we provide at MHA, which offers the intensive, round-the-clock support she
requires.

When she arrived at MHA, we found that Amy was non-verbal. Despite her Intellectual Disabilities, she
clearly could recognize how sad she was being separated from familiar surroundings. We learned that
she had been sleeping on the floor, so when she was offered her own bed to sleep in, she wasn’t sure
what it was for. Throughout the night, her heart-wrenching wails spoke to the emotional distress she
was feeling.

Amy’s first few days with us were difficult for her. She rarely interacted with staff and peers. Even with
close support, MHA staff began to wonder as the days passed whether Amy would be successful in her
transition. But one afternoon something changed. As staff and residents gathered in the kitchen, Amy
walked over to a stack of plastic cups, took a cup, and turned on the faucet. Then she took a drink. Until
this point she’d hardly been eating or drinking anything she was offered, but Amy had recognized others

in the house taking a cup, filling it with water and drinking. Her action was so simple, but in our world it
was so incredibly significant as it signaled the capacity to address a personal need. She was thirsty, she
used a cup, she turned on the water, she took a drink.